We are happy to announce that AppEasy is now in open beta, so anyone can noe join and use AppEasy for free.

We’ve been in closed beta for over 2 months now and we feel its time to move to open beta to increase the size of the user base. Whilst some of the closed beta developers have provided some great feedback (many thanks for that), many have not. We will remain in open beta for the next 6-12 months (maybe less). During that time the licensing system will be added and the top 100 beta developers will receive a one year free indie license. This license will be upgraded to pro for the top 4 beta developers.

NOTE: When the licensing system is added the free version of AppEasy will display ads in any new apps that you create.

You can find out more about AppEasy and sign up for a free account now at http://www.appeasymobile.com/

AppEasy for the Marmalade SDK Has Arrived

What is AppEasy for Marmalade?

AppEasy for Marmalade is a software development tool and set of libraries that are designed to bring cross platform native mobile game and application development to people from all walks of life. Our goal is to enable anyone (regardless of expertise) to develop their own apps using AppEasy and the Marmalade SDK for fun or for sale on a variety of app stores, including the Apple App Store, Google Play, Amazon Market and beyond.

How do we plan to accomplish this? AppEasy uses an easy to learn mark-up language similar to HTML but designed specifically for producing game and application content. For example, it is possible to create game characters complete with physics
and collision in only a few lines of mark-up. Its also equally possible to create complex user interface controls that are bound to remote data. We also cater for the more experienced developer that would like more control over their app. Our rich mark-up language (XOML) has support for a wide range of tasks including working with variables, events, actions, commands, programs, calling Lua scripts and much more.

IwGame Engine Libraries and headers are also provided that enable Marmalade developers to access the power of AppEasy from C/C++.

Who is it for?

AppEasy for Marmalade is designed to enable anyone that has basic knowledge of Microsoft Visual Studio to develop and deploy their own games and apps onto mobile phones and onto mobile app stores.

How Much Does It Cost?

At the moment AppEasy for Marmalade is currently free to use for all Marmalade SDK developers.

Where Can I Get It?

You can download the latest build of AppEasy for Marmalade from http://www.drmop.com/AppEasyMarmalade.zip. This beta release is locked to the root of the C drive so ensure that you unzip the file to C: or AppEasy may NOT work.

Where can I get Support?

Our web site provides lots of information to help get you started. AppEasy is also fully documented (see the docs folder in the AppEasy installation) as well as over 60 examples located in the examples folder. We also provide a support forum for all AppEasy users at http://www.appeasymobile.com/forum

Awesome news. IwGame 0.4 is on its way, we are aiming for a release this week (with a little luck). Be warned there are a mass of changes and fixes as well as some awesome new features.

We are also abstracting the Marmalade SDK out of the IwGame engine so it can be easily ported to native platforms. This is not to say that we will no longer be supporting Marmalade, we still love Marmalade and it will remain a target platform that IwGame can link with, although you will require a Marmalade license to use the Marmalade version of IwGame.

This weeks release will not be fully portable as we have just started the platform abstraction process. We will be working on porting IwGame to Windows, Mac, iOS, Android, WP8 and possibly BlackBerry OS 10 over the coming months. The final portable version of the game engine (IwGame 0.5) will be renamed to give it its own identity. The tentative new name will be the “Core Engine”

Our aim is to provide a commercial grade stand alone cross platform mobile and desktop game and application SDK along with a rapid application development system that requires no compilers or IDE’s and simple single click deployment and testing.

We are very pleased to announce that “One Man Army” have just released their latest game “Space Duck Hunting” for Android using our very own IwGame Engine.

Here’s a little info about the game:

Game with great combination of action & logic. Kill space ducks, earn bucks, and buy specific combinations of temporary gun modes to smash ducks special formation.
You will have to spend your bucks wisely, buy the appropriate improvements, depending on the situation, otherwise you will not beat the ducks.
Face the dodgy ducks and watch out for their special attack formations, shields and mines which they use. You think ducks aren’t that clever and they’re easy to hunt? Wrong. Once you get all of them you can be really proud of yourself as it’s no small feat. Test your skills on over a dozen various levels, beat amazing records and wreak terror in the duck world. You will get a super effective steering system and an array of accesories for your weapons.
Remember, the ducks will try and outsmart you in a thousand ways, keep your eyes in the back of your head at all times, in every gameboard!
Features:
- Hours of great fun
- 16 levels to accomplish
- Great challenge
- 15 achievements to accomplish
- 5 shooting gun modes
- 12 different ducks
- great Boss on the end
- 3 different map types

You can download Space Duck Hunting from Google Play for FREE, so go grab a copy now!

The game will also be available soon on iOS

AppEasy version 1.4.1 is now available for download from here.

AppEasy version 1.4 is now available for download from here.

Lua API has had a major overhaul

We felt that the Lua API was not going in the right direction and was starting to look messy so we rewrote it. Functions have now been split up into libraries to make the API more organised and easier to use. Heres a full list of the libraries we have planned:

Over time new functions and even new libraries will appear

The Web View now works on iOS and Android. You can create web views of any size modal or none modal and either navigate them to a URL or write html / javascript content to them from actions, commands and scripts.

A new resource type called VideoCam has been added which enables streaming of the devices video camera to an Image, which can in turn be displayed via actors.

Actors have been given some new properties, including:

Brushes got a new property called UV, which allows you to set the UV coordinates of the brush directly instead of using SrcRect. Currently only works with image brushes.

We decided to add support for HTML ads to AppEasy as they offer a wide range of features compared to basic text or banner ads. For example using HTML ads you have access to the following types of ads:

AppEasy version 1.3 is now available for download from here.

Please upgrade to the latest version. Note that before updating, close down your current version of AppEasy, rename c:\AppEasy to c:\AppEasy2, install and run AppEasy 1.3 then copy any changes / certificates from c:\AppEasy2 to c:\AppEasy.

You can now sign your apps for distribution using a valid distribution certificate and distribution profile. If you have an app ready for App store submission then please let us know how you get on.

You will notice that the AppEasy project manager has got a few new options, including a new deployment platform (Windows). You can now deploy a native Windows application which you can commercialise or use for demo purposes. There is also an option for Apple Mac but that is not currently enabled. We are looking to offer Mac support by 1.5.

We have added a new feature called the Easy Wizard. This wizard is an app that provides a step by step process for new iOS developers. It walks the developer through 9 steps including creating a developer account, creating a signing certificate request (on Windows), getting certificates, adding test devices, getting provisioning profiles and more, all steps are explained with additional available help built into the program. We will be adding steps for app store submissions and an Android version of the wizard for 1.5.

Its now possible to execute raw script from actions and commands. The script can be included within the action / command parameter or provided from a XOML variable, allowing dynamic scripting. This also saves having to call script functions when not needed, embedding logic into templates etc..

We have upgraded the rendering engine to use floating point, so you should notice an improvement in rendering quality.

Play the brand new TicTankToe on your smartphone!
Tired of silly games? This game will challenge you!
TicTankToe is the best TicTacToe game of all-time.

This game supports one player and two player gameplay, so you can play against another human or against your device. You can also play the amazing military campaign divided into 20 levels! Every 5 levels you can unlock deadly new tank! Become the Master of the TicTankToe Universe and send your score online!

TicTankToe offers a host of exciting features, including:
* Great graphics and exciting sound effects
* Undo function
* Post scores on Facebook
* 20 fantastic levels for free! And many more in future versions!

We are excited to announce that Nottingham Trent Development Society (DevSoc) at Nottingham Trent University (NTU) are hosting a 24 hour games programming contest between NTU and a number of other universities. 100 people, in teams of 3-5 members, will be invited to take part. It is hoped that this event will bring about a sense of friendly competition between universities, and create opportunities for further corroborative and competitive events in the future. The competition takes place at the NTU city campus in the Newton building

When the 24 hours are up the judges will choose a winning game for each of the following criteria:

AppEasy have donated 5 licenses and reserved spots in their closed beta for the winners of the most innovative game category.

To find out more about the AppEasy project please see http://www.appeasymobile.com 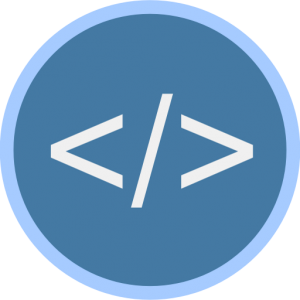 We have some wonderful news. Today we finally began closed beta testing of our up and coming Marmalade / IwGame powered cross platform app development system AppEasy. AppEasy allows you to develop games and apps using mark-up language similar to HTML but designed specifically for high performance native games and apps. You can also use the optimised Lua API to enhance apps and games developed using AppEasy. You can find out more about AppEasy by visiting our “work in progress” web site at http://www.appeasymobile.com/. AppEasy puts mobile app and game development into the hands of everyone.

We have decided to double the number of users that can join our beta test program. If you would like to join then please register your interest at http://appeasymobile.com/register-interest