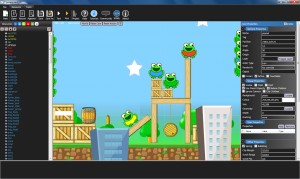 If I remember correctly I promised a while back that I was going to open up the source to the AppEasy Core SDK. if you don’t know what that is then its a FREE open source cross platform game and app engine for mobiles and desktop that can be re targeted to work on anything you like as long as you implement the platform abstraction layer. At the moment, a Marmalade SDK layer is implemented so you can use it right out of the box. You will however need a Marmalade license to use it, although having a Marmalade license will give you deployment access to a vast range of platforms so its well worth it. if not then simply implement the platform layer for whatever platform(s) you desire. If you dont fancy any of that and just want to use Lua and XOML then you can always give the AppEasy service a try, which lets you deploy apps to iOS / Android and Windows desktop without the need to compile and re-write code etc..

AppEasy Core SDK is basically the big professional and powerful child of the old IwGame Engine. The IwGame Engine started as a tutorial project that I started a few years ago that was meant to teach developers how to use the Marmalade SDK. However, Marmalade has no out of the box game engine so IwGame evolved into a fully fledged game / app engine to fill that gap, although it was hastily developed and built directly on the Marmalade platform. I’m very much a recycler, so that’s not how I generally like to write an engine, I like to have a clear separation between engine and platform so it can be re-targeted at different platforms quite easily. I also wanted to get rid of the obscenely long names and add some proper structure / documentation to make the whole thing more easily understandable.

Well I think I accomplished all that and more, I also added many new features and fixed a mass of bugs along the way. When I get the time I will be replacing the old IwGame Engine page with an AppEasy Core SDK page, for me IwGame needs to be buried now I think.

I also developed a game / app editor called Goji Editor that lets you develop full on games and apps within the editor and export to AppEasy, Marmalade Quick and other engines coming soon, including HTML 5.

Whilst free support is not provided, a community support forum is available at AppEasy Community

AppEasy version 1.4.9 is now available for download from here.

One of the most exciting changes we have brought to 1.4.9 is the ability to step outside of the rectangular sprite based actors system using our new versatile geometry system. Using the new geometry system you can create any shape you like. Actors can now be built from polygons, triangle lists and quad lists. You can also specify your own UV texture coordinates as well as per vertex RGBA information. AppEasy will handle taps and intersection of this new type of geometry including disconnected geometry. Here are a few examples of geometries:

Once you attach any of the above geometries to an actor the actor will take on the new geometric shape:

Actors now supports the new Fixtures inner tag that enables you to specify multiple shapes and materials etc that are attached to a single actor, e.g:

Due to popular request we have added lsqlite3 to 1.4.9 which enables SQL interaction via Lua.

A new tool has been added that facilitates conversion of Texture Packer and SVG data to XOML. In particular the tool enables you to use SVG editors such as Inkscape to layout game levels and app layouts as well as create complex geometries easily.