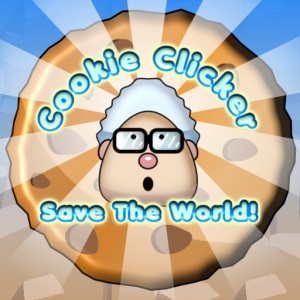 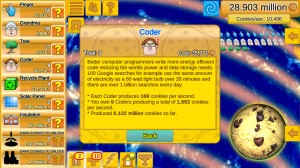 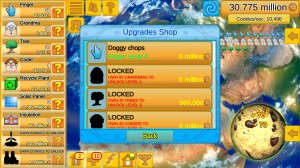 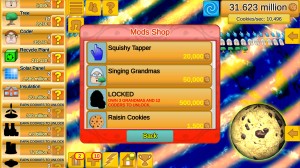 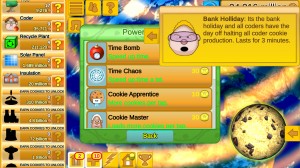 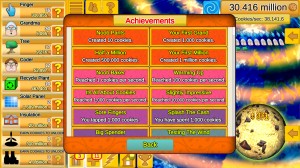 Heres some info about CandyMare:

Joey had too many candies and is having nightmares, guide him through insane puzzles with ghosts and monsters blocking his way to the candy factory.

• Optional ad removal in-app purchase.
• Teleport your way out of a tough spot.
• Avoid deadly hallucinating mushrooms.
• Collect all 3 stars per level.
• Track your achivements.
• 3 chapters and 60 levels of candy adventure.
• A puzzle unlike any you have played before.
• More chapters, crazy levels and new powerups coming soon!

Best of luck to Noisy Ninja

NB. Please help to support the IwGame Engine and its developers by downloading and rating each others apps.

If you have tried posting to Facebook using CIwGameFacebook or using the cOnnecticOns game and had success or trouble can you please let us know. One of our developers is experiencing issues with iPod Touch and Android. Please leave your feedback on our forum if possible at http://www.drmop.com/index.php/topic/facebook-post-not-working-in-ipod-touch/

Well, I finally learnt how to use Github, well just enough to get projects on there (I’m quite lazy really).

I recently found the need to save PNG files from one of our Marmalade SDK based apps so I had to pull in the latest libpng and zlib projects. Anyway, i put the resulting projects onto Github for other Marmalade SDK developers to use. You will find these projects at:

I also found the need to get the Android media library to scan images that my app was exporting. At present, it would appear that the Android system only rescans media when you insert or turn the SD card back on, so I had to find a way of making the Android system scan my created image files so they are available to my own and other Android applications immediately, which led to the MediaScanner project which is also on Github:

So you are a smart phone, tablet, smart TV or desktop developer (or at least want to be) and you want to have your next hit game or app run across a huge range of smart phones and tablets. Well, you have come to the right place to find out how to do just that.

No matter whether you are a professional games developer, part time hobbyist coder or the technical director of a large corporation researching how to support you work force across a huge range of varied phones and tablets, the basic principles remain the same. By choosing to develop your products across multiple platforms:

And by choosing the Marmalade SDK you also get:

Marmalade is also partnered with the likes of Shiva3D, Scoreloop, Tapjoy, Raknet and many others, so you know this is an SDK that’s here to stay

Ok so what platforms does Marmalade actually support? The list to date is as follows:

I know what you are thinking, can I really write my code once and run it across all of these platforms? The straight answer is “absolutely!” as we at Pocketeers have proven. We have already released BattleBallz Chaos (Arcade action game) across iOS, Android, Bada and Blackberry Playbook using the Marmalade SDK, as well as Funky Cam 3D (a fun photography app) across iOS, Android and Bada.

Ok, so if you can write your code once and deploy to so many platforms then why is your BattleBallz Chaos not available on the likes of Symbian or webOS? The simple answer is that some of those platform markets are not currently where we want to go for a variety of reasons, but none of those reasons relate to the Marmalade SDK. We may choose to support them in the future and we may not.

Righty ho, you’ve decided that you quite like the sound of this Marmalade SDK and you’re considering saving yourself a boat load of time and money developing your cross platform games and apps, but what does code look like with this SDK?

You will find that the graphical system in Marmalade is similar to Open GL, which for me makes the SDK very simple to use. All other sub systems are equally as easy to use for example:

To create a texture from a bitmap file and upload it to the GPU:

So unless you enjoy self punishment, lots of extra work and the pain of tracking the same bugs across multiple SDK’s, languages and platforms, I suggest you take a short trip over to Marmalade’s SDK home page at http://www.madewithmarmalade.com. Take a look at the SDK, its features, read some tutorials and even sneak a peek in the forums (I bite but not many of the other developers do!)

Over the coming weeks / months I will be writing a number of tutorials covering various aspects of the Marmalade SDK, associated tools and extensions, so keep an eye out.

Selling your wares on the Android platform is what some would call “a waste of time” and to be honest I would be very tempted to agree with them. Why would this be the case you may ask? In this article I will attempt to answer that question as well as put forward a comparison of a number of Android app stores, so you know which are worth the effort and which are waste of your time.

In this article I am going to use our latest app “Funky Cam 3D” for Android phones and tablets (http://www.funkycam3d.co.uk) as a frame of reference.

Our company Pocketeers Limited (http://www.pocketeers.co.uk) released its latest Android app “Funky Cam 3D” across a number of Android app stores a few weeks ago. To date we have had a grand total of 14 sales, YES, you did read that right “14″ sales. The very same app on iOS has sold 20x that amount in half the time and 10x as many on Samsung Bada in just 2 days

Ok, so we took the rather disappointing sales on the chin and came up with a cunning plan to get the app selling somehow. Our first idea was to drop the price to free for a few days in an attempt to increase the apps popularity with users. Unfortunately the Android Market does not allow developers to change an app from free to paid, which means as soon as a developer changes their app to free they cannot change it back to paid without deleting the app and re-launching it under a new name.

So as an alternative we decided to release a free ad-supported version of Funky Cam 3D. Going on how badly our app was selling we were surprised when many thousands of Android users downloaded our app across various app stores and directly from our web site.

Ok, now the “pain in the ass” bit. Submitting apps to the various app stores is a difficult and time consuming process, a process that will bring you close to tears. Each developer portal has its very own submissions system as well as required art work sizes and formats. Unlike when you submit an app to Apple for certification you find that you spend days on the task of submitting your apps information to the various app stores out there. Why not just submit the app to the Android Market you ask, surely the Android market would offer the greatest exposure? Maybe the following figures will clear this up:

As you can see from the above list we have some clear winners and some clear losers. Notable points:

* It would appear that one of the best ways to market free apps is from your own web site coupled with aggressive marketing.
* Appia actually beat the Android Market by a substantial margin, which surprised us. In case you are wondering Appia supply apps to various partners such as Handango, Pocketgear and Mobile2day
* SlideMe figures were a big surprise, we did not expect such figures from what we thought as a minor portal
* Our biggest surprise above all was how badly our app has performed on GetJar, which is supposedly one of the largest app distributors on the planet (we just have no explanation)
* Our greatest downloads came from warez forums. We expected a lot of downloads from this source but were knocked back by just how many we got

So above all else, what did we learn from our little Android app experiment? Well, we learnt that Android users don’t like to pay for apps but will download free apps in droves! A mentality we have coined “frap-mentality”. We also learnt that Ad supported apps do not offer a sufficient return even if downloaded in the 10’s of thousands. Our ad revenues are enough to pay for a cheap meal at the local public house (maybe a subject for a new blog)

If you are considering building a business around developing apps or gaming products for the Android platform then make sure that it is your 2nd choice of platform. Use a cross platform development system such as the Marmalade SDK (http://www.madewithmarmalade.com), this way you can re-target Android quite easily without significant investment in Java or the Android SDK.

You can download Funky Cam 3D from the Android market at:

Downloads have nearly doubled in most app Android stores , but some app stores are clearly flying ahead!

I will list here any other developers Android sales / downloads statistics that I come across: