Not had a great deal of spare time to spend on the UI this week but did manage to get a few cool things in there including: 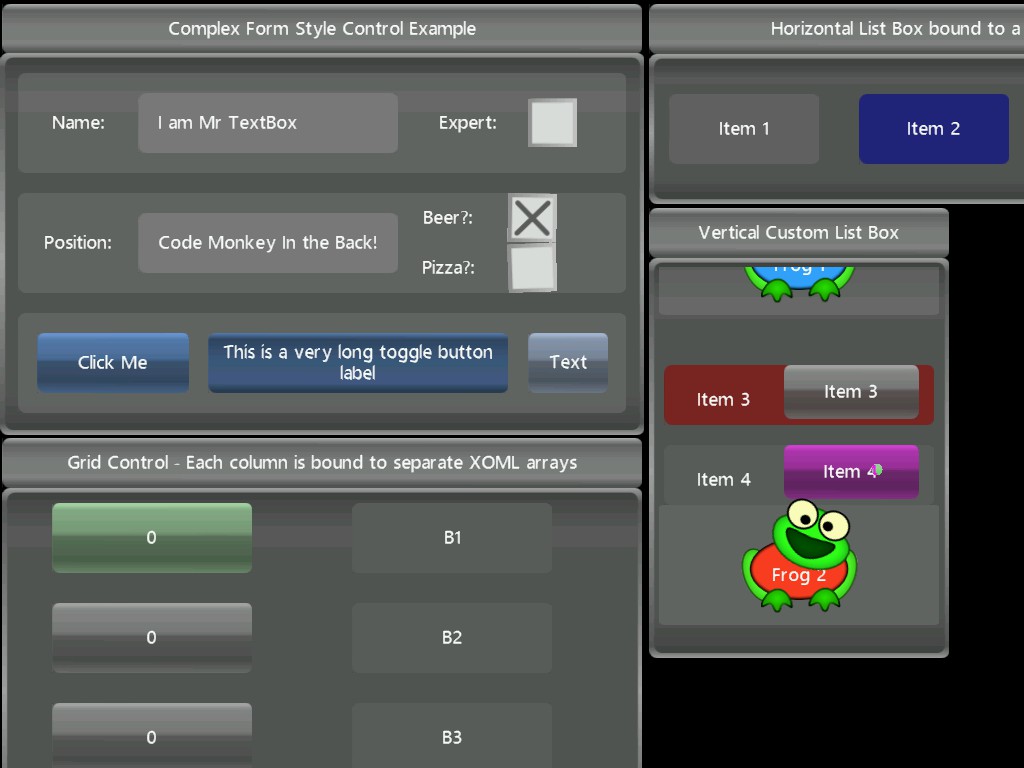 And here’s a new and better video showing the new UI http://www.youtube.com/watch?v=IhtT_e5u8gU

I hope to spend a few additional weeks on implementing more UI controls such as sliders and tab vies etc.. before we released 0.35.

2 thoughts on “Yet another IwGame Engine UI Progress Update”